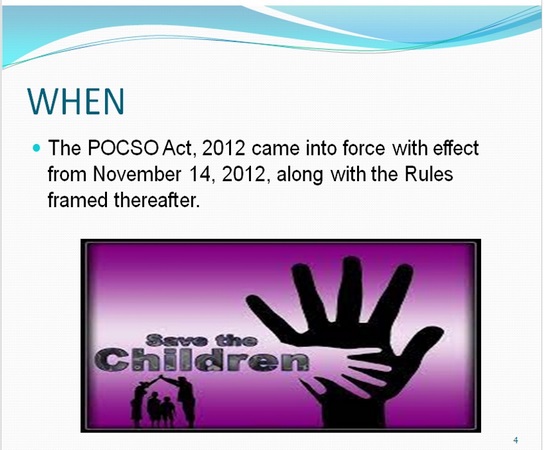 In the pretext of the above thought, on 19th February 2022, SHRI RAM GLOBAL SCHOOL organized an In-House Awareness Workshop on POCSO ACT for its staff members.

The workshop was conducted by our PPRT M/s Shefali Banerjee who is also associated with NGO as a welfare activist.

The sole purpose to conduct this workshop was to give an overview about the act and make the teachers sensitize about the topic and how important it is for them to be aware it.

The topics covered were introduction of POCSO act, the purpose of the act, when was it implemented, the punishments allocated for such an offence and what all provisions are available with an organization if it finds about any such offence, how to report about it, role of POLICE, CWC, SJPU and MEDIA etc.

The session was kept interactive where the staff members also kept their viewpoints. It was also discussed how to make children aware about such kind of offences and teach them how to be more careful & alert.

As we are an institution interacting with children, it is our responsibility to frequently update our staff about these topics. We shall be holding such sessions more frequently in near future.